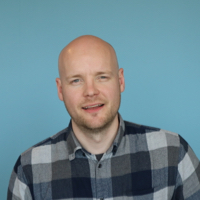 Trazodone (also called Desyrel, Molipaxin, Oleptro, Trazorel, or Trittico) was developed in the 1960s and initially approved for the treatment of major depression. Trazodone belongs a class of drugs of serotonin antagonist and reuptake inhibitors commonly abbreviated as SARI.

In recent years it has become common for doctors to prescribe Trazodone in low doses (25-50mg) as an off-label drug for the treatment of insomnia. It's now more common to take Trazodone for problems with sleep than for depression.

How does Trazodone help you sleep?

When Trazodone became available as a treatment for depression in the 1980s, it quickly gained a somewhat spotty reputation because a common complaint many people had was that they got drowsy when using it. This didn't go unnoticed and soon doctors started to take advantage of this side effect by prescribing Trazodone to patients that were having problems sleeping.

Now, this is not uncommon nowadays, and there are now many drugs that get prescribed for other uses than what it originally was developed for.

The safety and side effects of Trazodone

The most common reported side effect is daytime sleepiness and drowsiness.

There have also been reports on Trazodone causing low blood pressure (Orthostatic/postural hypotension), which in turn is associated with dizziness, the feeling of being lightheaded and in some cases fainting.

Trazodone is not on the FDA's controlled substances list and is generally considered to have a low chance of causing dependency and substance abuse.

Although generally considered safe to use there has reports that Trazodone causes short-term memory dysfunction and verbal learning issues on low dosage use.

The evidence for Trazodone as sleep medication

There have been numerous clinical trials in recent years that has researched the efficacy of Trazodone for sleep problems. A systematic review published in Innovations in Clinical Neuroscience from 2017 looked at 47 studies from the past 33 years. They concluded that there is enough data to support the efficacy of treating insomnia with low-dose Trazodone.

In contrast to this systematic review, The American Academy of Sleep Medicine (AASM) does not recommend using Trazodone for the treatment of insomnia. According to their clinical practice guideline for the pharmacological treatment of chronic insomnia, there is not enough data to support the use of sedating antidepressants for the treatment of insomnia, which includes Trazodone. When reviewing the research they only found one study that adhered to their criteria, which showed that Trazodone did not significantly improve sleep for patients.